For many of the 102 million people who tuned in to the Super Bowl this past weekend, the game probably didn’t seem much different than those in years past. However, anyone who attended the game and marked the occasion with a meal at the stadium was part of a moment that made Super Bowl history —  for the first time ever, a woman was head chef of the big game.

Dayanny De La Cruz oversaw the menus for the 167 suites, 25 concession stands and seven restaurants in Miami’s Hard Rock Stadium. Leading a staff of more than 2,500 to present her Miami-inspired menus gave De La Cruz the kind of opportunity and exposure that is often hard to come by for women in foodservice.

About one in five professional chefs are women, but representation of women chefs in the media is disproportionately lower. Far too often, women in foodservice are passed over for development opportunities and promotions in favor of their male counterparts, and they get paid 28.3% less, according to a 2016 study from Glassdoor.

Fortunately, the past few years have given rise to a number of programs and initiatives aimed at leveling the playing field. Grubhub partnered with Women Chefs & Restaurateurs to launch RestaurantHer.com in 2018, which features a national database of eateries owned or run by women. That same year, James Beard Award-winning chef Edward Lee started the LEE Initiative, which connects novice women chefs with established professionals for training and support. Two years prior, in 2016, advertising agency The Food Group launched Reset the Table as part of the Common Ground initiative, which includes the agency’s parent company, WPP. The project has continued to grow since then, debuting a refreshed website and an email newsletter in 2020.

“As a communications agency, we believe our strongest contribution is our voice,” said Pam Bevilacque, SVP of client services and strategy at The Food Group. “We created this inclusive destination as a platform to provide women in our industry equal access to, and opportunities for, media exposure. Fueled with original and curated content, the platform brings together stories that are insightful and, we hope, inspiring. We highlight equality issues facing the foodservice industry and share ways to overcome them through profiles and peer experiences, as well as expert advice.”

Gender inequality in the foodservice industry stems from many causes — from lack of advancement due to financing, leadership and networking opportunities, to healthcare and paid parental leave. Women are twice as likely as men to sacrifice their career for family, a survey conducted by Reset the Table and Datassential found. More than three-quarters (77%) of survey participants said they believe the choices women have to make to balance work and family are a main reason why women earn less overall.

To help combat the challenges women face in the workplace and foster growth, Reset the Table compiles resources such as job listings, events and information on the National Restaurant Association’s ServSafe Workplace program and the Family Medical Leave Act. A series of interviews highlight women in foodservice, such as chef Dominique Crenn and Jen Pelka, owner of the all-women led and funded champagne bar, The Riddler. The industry spotlight series takes a wider focus than just chefs and restaurateurs to share insights from women in fields including food media and tech.

“We also wanted to feature women in non-traditional foodservice roles to show that not every foodservice job puts you behind the line or on the restaurant floor. There are many very successful women in our industry who aren’t in traditional chef roles,” Bevilacque said. “We want to share those successes and hopefully inspire new paths our audience may not have been aware of before.” 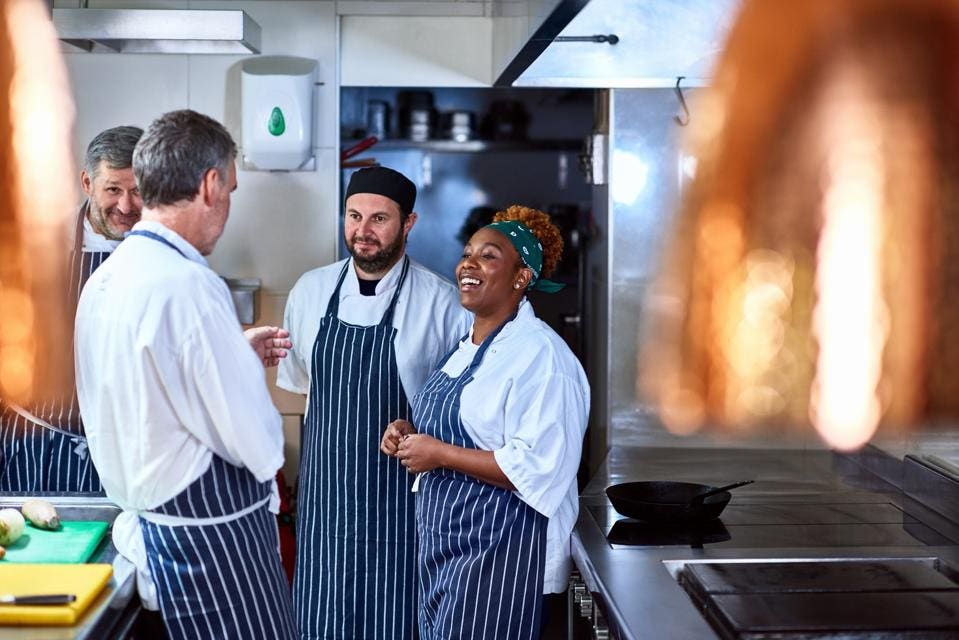 The Opportunity For Diversity In Food Service Is At The Top A Critic's Look at Restaurant Criticism

Chef Mariya Russell: What It’s Like to Be First